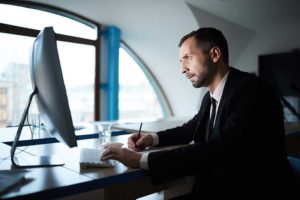 The 7 Behaviours That Qualify As Market Abuse – Part 2

In our first article on the seven behaviours that qualify as market abuse, we looked at the Market Abuse Regulation (MAR) overall and we dived into the first four behaviours to avoid: insider dealing, improper disclosure, misuse of information and manipulating transactions.

In this second part, we look at the three remaining behaviours: manipulating devices, dissemination, and distortion and misleading behaviour. We then look into the sanctions for failing to comply with MAR, as well some example case studies. In the end, we also answer some of the most frequently asked questions about MAR.

Table of Contents hide
1 Key takeaways
2 5. Manipulating devices
2.1 How to ensure compliance regarding manipulating devices
3 6. Dissemination
3.1 How to ensure compliance regarding dissemination
4 7. Distortion and misleading behaviour
4.1 How to ensure compliance regarding distortion and misleading behaviour
5 Further information on compliance – market soundings
6 What are the sanctions for failure to adhere to these seven behaviours?
7 Market abuse cases and examples
7.1 1. Swedish bank fined nearly €300,000
7.2 2. Imprisonment and a £35,000 fine for insider dealing
7.3 3. Compliance officer and day trader imprisoned for insider dealing
7.4 4. Software company fined €198,981 for incorrect insider list
7.5 5. 12 months of imprisonment for insider dealing
8 FAQs
8.1 What is the Market Abuse Regulation?
8.2 Who can be prosecuted for market abuse?
8.3 Is price positioning market abuse?
9 Conclusion
10 References and Further Reading

How to ensure compliance regarding manipulating devices

Do check out the FCA handbook, this time Section 1.7, for detailed information regarding the behaviours to avoid. BaFin, the Federal Finance Supervisory Authority in Germany has a report detailing some good examples of such unacceptable practices. Here are a few behaviours that would be considered manipulating devices:

MAR Article 12 covers dissemination. Dissemination refers to the behaviour of distributing or sharing (by any means) information that may result in the wrong or misleading impression of an investment. If it’s reasonable to conclude that you knew this information would mislead investors, you could be charged with market abuse. The Gibraltar Financial Services Commission has an excellent handbook which covers dissemination very clearly.

How to ensure compliance regarding dissemination

Once again, having clear records, via an insider list, of who has access to what insider information, will help to prevent dissemination. Behaviours that you should avoid are highlighted by Section 1.8 of the FCA MAR handbook as follows:

Last on our list is distortion and misleading behaviour. Again, this is a ‘catch-all’ term and is defined by Section 1.9 of the FCA handbook as follows:

There is no concrete article or section of MAR that covers distortion and misleading behaviour. Elements of it are sprinkled throughout the text of the regulation.

How to ensure compliance regarding distortion and misleading behaviour

A couple of actions are given as examples of what constitutes distortion and misleading behaviour, which should not occur. These include moving commodity stocks to falsely affect the impression of a commodity, in terms of supply, demand, price or value. Another example of an action to avoid is moving an empty cargo ship, again with the purpose of creating a false impression regarding supply, demand, price or value.

MAR establishes the behaviours which are unlawful regarding market abuse. However, it recognises that there are some instances where legitimate disclosure of inside information can be made, specifically through the process of market soundings. A market sounding is a way of gauging investor interest in advance of market action. This is covered in MAR Article 11.

That said, within the MAR marketing soundings, the regulation asserts record keeping and notification processes which must be done.

What are the sanctions for failure to adhere to these seven behaviours?

MAR is an EU legislation drawn up by ESMA. However, each individual country is responsible for enforcing market abuse regulation sanctions in its own territory. You can find the relevant EU member states’ financial authorities here. MAR itself aims to facilitate cooperation across the EU to avoid inconsistencies and the opportunity for individuals to take advantage of border-related loopholes. Some countries in the EU do list reasonably clear and accessible information on MAR penalties, for example, the Commission de Surveillance du Secteur Financier in Luxembourg lists guidance by industry area.

ESMA has also published a report on the administrative and criminal sanctions under MAR each year which show aggregated sanctions by member state. In the EU, penalties predominantly take the form of fines which can run up to as much as €15m (or 15% of total annual turnover) for “legal” persons. The FCA in the UK can issue both fines and prison terms. They also use public censure – a formal way of ‘naming and shaming’ those who breach the terms of MAR. Within this are warnings and supervisory notices.

There is a multitude of examples of action being brought under MAR. Here we showcase some:

A well-known Swedish bank was fined nearly €300,000 by the Disciplinary Committee of Nasdaq in Stockholm. This was for failure to update an insider list, in a timely manner, regarding the bank’s CEO’s resignation.

A retired accountant was given inside information by a family friend to buy shares in a British IT management company. The friend was in possession of insider information concerning a possible takeover, as he was an employee of the company. The UK regulator imposed a £35,000 fine on the accountant. His friend was sentenced to 10 months in prison and ordered to pay a Confiscation Order of £23,000.

The Swedish regulator, Finansinspektionen (FI) fined a small software company €198,981. FI found that the organisation “did not comply with the requirements of Article 18 MAR, since the company did not keep a correct insider list.”

5. 12 months of imprisonment for insider dealing

A former equity portfolio manager was sentenced to 18 months, reduced to 12 months, on two counts of insider dealing. He was also subject to a Confiscation Order in excess of £80,000. The man took advantage of his position at an investment firm in the UK and benefited from insider dealing on more than one occasion, before being investigated and found guilty. 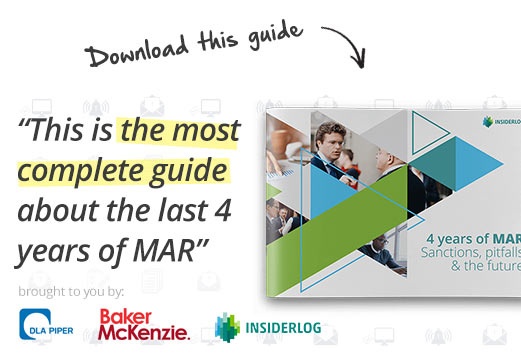 What is the Market Abuse Regulation?

The Market Abuse Regulation (MAR) came into effect in July 2016. Its purpose was to expand on the preceding Market Abuse Directive (MAD) and improve the recognition and prosecution of market abuse throughout the EU.

The core offences, such as insider dealing, remained the same, but MAR applies to a wider scope of behaviours, instruments and venues. Its overall goal is to increase integrity across the union.

Who can be prosecuted for market abuse?

Both individuals and organisations can be prosecuted for market abuse offences. Fines vary according to multiple factors. However, for individuals undertaking insider dealing, unlawful disclosure and market manipulation, the maximum EU fine is €5 million. Not all countries consider market abuse a criminal offence. Across the EU, prison terms vary between 2-4 years and, in the UK, individuals can be sentenced to up to 7 years. Companies can be fined up to €15 million, or 15% of annual turnover, for the same MAR offences.

Yes. Price positioning is specifically listed as a form of market abuse in MAR. A summary can also be found under Section 1.6 of the FCA MAR handbook.

MAR is designed to bring clarity and consistency across the EU regarding market abuse. It’s also designed to elevate the integrity of the market, essential for it to be used with confidence for growth.

The seven behaviours that qualify as market abuse under MAR are distinct and incorporate more than the previous MAD. Understanding these seven areas of misconduct will help individuals and companies to avoid the market abuse risks and the stringent penalties which can be imposed.

InsiderLog is a cloud-based software that lets listed companies automate their administration of inside information and insider lists in a way that saves time and ensures compliance with the EU Market Abuse Regulation (MAR).